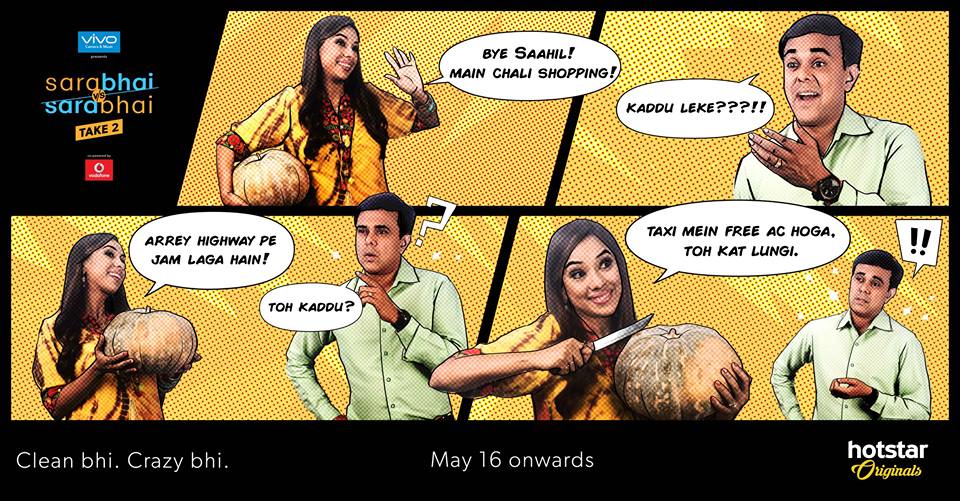 Sarabhai vs Sarabhai is one of the most loved daily soaps in Indian television. The serial revolves around a typical upper-class Gujarati family. In the family older son and his wife lives in an apartment on the same building where his parents live. The resulting clash and comedy derives from interactions between the mother in law and her bahu (daughter-in-law).  After a long stay and with a high come back demand Sarabhai vs. Sarabhai is back on television from May 16 onwards.