Antonio Conte is an Italian professional football manager and a former player. As a player, Conte was a versatile, energetic box-to-box midfielder. 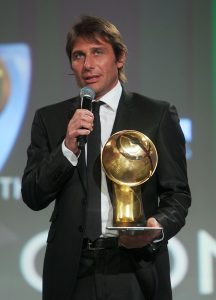